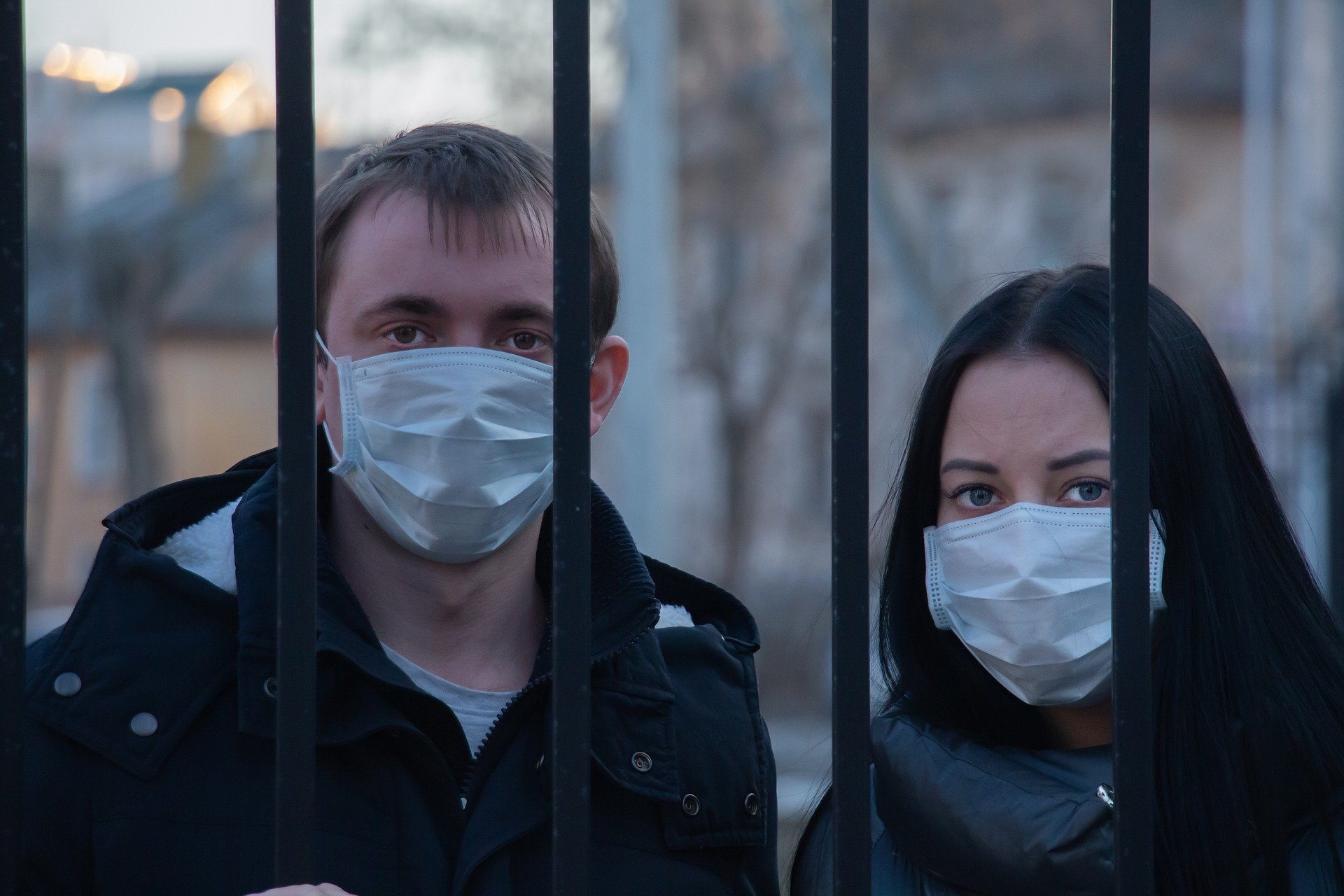 Censorship continues to run rampant in the U.S. and elsewhere, particularly when it comes to information regarding public health. It was for this reason, along with their unscrupulous data mining efforts, that I left Facebook in 2019.

As a result, the nonprofit organization, which was founded by Robert F. Kennedy Jr., sued Facebook, its CEO Mark Zuckerberg and three of its “fact-checking” partners for censoring their truthful public health posts and fraudulently misrepresenting and defaming CHD.2

CHD takes aim at corruption in federal agencies, including the U.S. Centers for Disease Control and Prevention, the Federal Communications Commission and the World Health Organization, as well as the pharmaceutical and telecom industries. They share information regarding vaccine safety, which was targeted by Facebook’s censorship efforts.

On CHD’s Facebook page, the social media giant added a label stating, “This page posts about vaccines,” along with a link to the CDC for “reliable, up to date information.”3 They also deactivated the page’s donate button — stopping fundraising efforts — and prohibited CHD from buying online advertisements.

They also added a warning in gray overlay stating that their independent fact checkers found false information, which, according to CHD, “has the intended effect of reducing both click-throughs to the underlying content and shares. The net effect is to drastically reduce by 95% the traffic to Children’s Health Defense website.”4

By deactivating CHD’s donate button and using deceptive forms of technology like shadow banning, which essentially renders posts invisible to the public without the user knowing, Facebook attempted to silence CHD’s criticism of government policies and pharmaceutical products. According to CHD:5

“In short, Facebook and the government colluded to silence CHD and its followers. Such tactics are fundamentally at odds with the First Amendment, which guarantees the American public the benefits to democracy from free flow of information in the marketplace of ideas.

It forbids the government from censoring private speech — particularly speech that criticizes government policies or officials.”

CHD’s complaint cites Facebook’s coordinated censorship campaign with WHO and the CDC, which takes on renewed meaning when you consider that such censorship began at the request of Adam Schiff, a congressman and Intelligence Committee chairman representative, who asked Facebook to “suppress and purge” the internet of content that criticized government vaccine policies in March 2019.6

As a result, any statements that go against the U.S. government’s statements are deemed misinformation, even if they’re true. According to CHD, “Facebook has insidious conflicts with the pharmaceutical industry and its captive health agencies and has economic stakes in telecom and 5G. Facebook currently censors CHD’s page, targeting its purge against factual information about vaccines, 5G and public health agencies.”7

After the censorship began, WHO commended Facebook for the campaign in connection with public health officials. Ironically, Zuckerberg has stated publically that it’s not the job of social media to be an arbiter of truth, yet he works with government agencies to suppress pages that contradict the official government rhetoric.8

CHD also alleges that three of Facebook’s fact-checking partners — Science Feedback, Poynter Institute and PolitiFact9 — are neither independent nor fact-based, even though they describe them as such. The Poynter Institute bills itself as a “global leader in journalism” that believes that a free press is essential.10

PolitiFact is a branch of The Poynter Institute that says fact-checking journalism is its “heart,”11 while Science Feedback is a French organization that claims it verifies the “credibility” of “influential” science claims in the media.12 One to 20 other unnamed “Does” are included in the suit.13

Investigative journalist Sharyl Attkisson’s is among those who have highlighted the overreach of Facebook’s dangerous “fake fact checking”:14

A recent example is a popular documentary by Epoch Times about the possible link between Covid-19 and a research lab in Wuhan, China. The documentary formed no conclusions and the theories it discussed had not been disproven.

However, Facebook intervened to punish me and others who dared to share this factually accurate documentary on Facebook. Without warning, the social media company notified us that our pages were being throttled or shown to fewer people … Facebook also said that people visiting our pages would be told we share fake news.”

Taken together, the deceptive “fact checks,” misleading warning labels and disabling of the nonprofit’s donate button may violate the First and Fifth Amendments, the Lanham Act, which protects against misleading advertising and labeling,15 and the Racketeer Influenced and Corrupt Organizations (RICO) Act, which seeks to eradicate organized crime.

Facebook is only one online presence that’s controlling what you see and hear. In April 2020, YouTube CEO Susan Wojcicki, wife of Google product director Dennis Troper, said YouTube would censor videos that contradict WHO guidance on the pandemic or share fake or unproven coronavirus remedies. According to Business Insider:17

“Wojcicki says the platform will ban content peddling fake or unproven coronavirus remedies. In an interview with CNN, she also suggested that video that ‘goes against’ WHO guidance on the pandemic will be blocked …

Just months later, in June 2020, YouTube started banning our videos, a majority of which are interviews with health experts sharing their medical or scientific expertise and viewpoints on COVID-19. They also banned my video discussing WHO, and one in which I provide information about and instructions on how to use hydrogen peroxide therapy as a prophylactic against COVID-19.

You can still watch these videos in full on the uncensored Bitchute that many alternative media sites are now using for their video content. However, it’s clear that mainstream media sites are targeting health information that offers alternative views to the government’s or Big Pharma’s.

The documentary “Plandemic” by Mikki Willis, which features Judy Mikovits, Ph.D.,18 a cellular and molecular biologist whose research showed that many vaccines are contaminated with gammaretroviruses, thanks to the fact that they use viruses grown in contaminated animal cell lines, is a prime example.

The film has been banned from social media platforms and hidden by Google to the extent that if you do an online search for it, all you find are dozens of pages with articles calling it a hoax, a fraud or the dreaded old “conspiracy theory.”

Twitter also falsely labels Mercola article links as unsafe and malicious, warning potential readers my site might steal passwords and other personal data, or install malware on your computer, which is absolutely false.

On the contrary, my site now has a firewall preventing Google analytic scripts from running on our pages, thereby protecting you from Google’s intrusive data mining. Unfortunately, by declaring our pages dangerous, they successfully suppress about 95% of our Twitter views.

NewsGuard is another threat to the free sharing of information. It claims to rate information as reliable or fake news, supplying you with a color-coded rating system next to Google and Bing searches, as well as on articles displayed on social media.

If you rely on NewsGuard’s ratings, you may decide to entirely skip by those with a low “red” rating in favor of the “more trustworthy” green-rated articles — but NewsGuard is itself fraught with conflicts of interest, as it’s largely funded by Publicis, a global communications giant that’s partnered with Big Pharma, such that NewsGuard may be viewed more as a censorship tool than an internet watchdog.

Earlier in 2020, NewsGuard expanded its partnership with Microsoft, co-founded by Bill Gates, which will provide all users of the Microsoft Edge browser free access to its questionable ratings.

Also under the agreement is Microsoft’s continued sponsorship of NewsGuard’s news literacy program, which put NewsGuard in more than 700 public libraries from Los Angeles to London, serving more than 7 million patrons.19,20

NewsGuard also classified Mercola.com as fake news because we have reported the SARS-CoV-2 virus as potentially having been leaked from the biosafety level 4 (BSL4) laboratory in Wuhan City, China, the epicenter of the COVID-19 outbreak.

According to NewsGuard, “There is no evidence that the Wuhan Institute of Virology was the source of the outbreak, and genomic evidence has found that the virus is 96% identical at the whole-genome level to a bat coronavirus.”21 But NewsGuard’s position is in direct conflict with published scientific evidence suggesting this virus was created in a lab and not zoonotically transmitted.

Even British government officials have considered the possibility that SARS-CoV-2 leaked from the Wuhan facility, stating in April 2020 that the possibility of this “is no longer being discounted.”22

Free Speech and Ideas Are Being Threatened

Efforts to shut down public discussions about health information, including vaccine safety, are in full force. Google is burying content and videos relating to vaccine safety issues,23 Amazon has removed films critical of vaccine safety from its streaming service24 and even Pinterest has blocked search terms related to vaccines.25

So, it’s crucial that organizations like CHD take a stand against the censorship of speech, likening what’s occurring now on social media to 17th century England, which controlled speech via its monopoly on printing presses. “Here, government actors actively partnered with one of today’s leading ‘printing presses’ (Facebook) to censor Plaintiff’s speech critical of government policy,” CHD’s suit alleges.26

What’s more, CHD notes, the case is occurring during a pandemic, when “the need for public debate on health issues has never been greater.”27 Let’s hope the court will take action to ensure that the free flow of information is protected.

Image of burning books by Prettysleepy from Pixabay

Image of man with vaccine by Dimitri Houtteman from Pixabay

Image of social media apps by Pixelkult from Pixabay

Image of viruses with eyes by Syaibatul Hamdi from Pixabay

Copyright © 2021 Save Our Knowing. Theme by AcademiaThemes